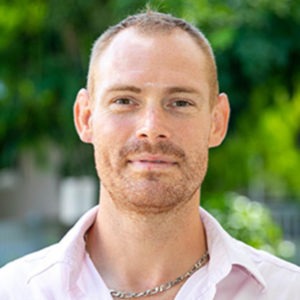 Originally from Saint-Malo (France), he studied biological engineering in Limoges (France), specializing in food and biological industries and graduating in 2007. He completed a year of preparatory school and passed the national entry exam for veterinary medicine. He studied veterinary medicine in Nantes (France) and graduated in 2014. He completed a rotating internship in equine medicine in Nantes in 2013-2014. He then worked in mixed animal practice in Kourou (French Guiana, South America) in 2014-2015.

From 2015 to 2019, he completed a residency in large animal internal medicine at the Western College of Veterinary Medicine at the University of Saskatchewan, Saskatoon (Canada). He also completed a project based Master of Sciences degree for which he performed a study on the pharmacokinetics and pharmacodynamics of doxycycline in a Streptococcus equi subsp. zooepidemicus infection model in horses.