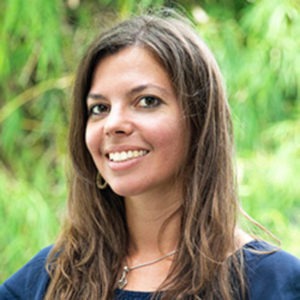 Originally from Paris France, Dr Bouillon completed her veterinary studies in Liège, Belgium and graduated in 2011. After one year in a general small animal practice in Paris, she performed a rotating internship at the veterinary school in Nantes France followed by a specialized internship in private practice in Bordeaux, France. Following this she spent a year in French Guiana in South America working as a small animal general practitioner before starting the residency and graduate program at the Western College of Veterinary Medicine in Saskatoon, Canada. She completed a Master of Veterinary Science degree for which she studied the effects of dexmedetomidine on glucose homeostasis in healthy cats.  She completed her residency and became board certified as a Diplomate to the American College of Veterinary Internal Medicine (Small Animal Internal Medicine) in September 2019.

Beyond veterinary medicine, she enjoys spending time with her family and practicing activities such as running, yoga, snorkeling.